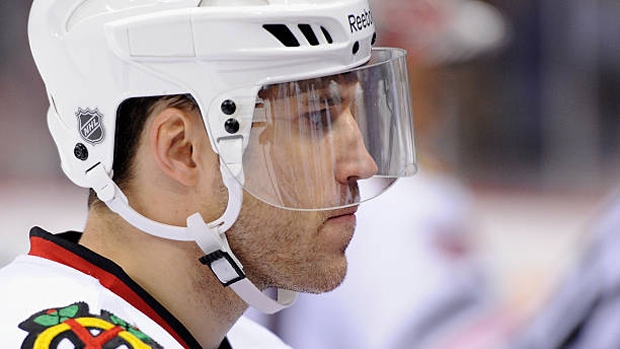 The National Hockey League alleges in a new court filing that it is not to blame for any of the injuries or health problems suffered by former NHL player Steve Montador, who was posthumously diagnosed with chronic traumatic encephalopathy (CTE) after his death in 2015.

Montador was 35 when he died on Feb. 15, 2015. Three months after his death, researchers with the Canadian Sports Concussion Project at Toronto’s Krembil Neuroscience Centre disclosed the former defenceman had suffered from CTE.

Montador’s family sued the NHL in December 2015, alleging the league has promoted violence and profited off of it while not adequately advising players of the risks of repeated long-term brain injuries.

The Montador family’s lawsuit against the NHL was put on hold for four years while the NHL fought a proposed class-action lawsuit filed by more than 100 former NHL players. Now that there is a settlement in that case – which bars nearly 300 former players and their families of pursuing legal action in the future in exchange for a $22,000 (U.S.) per player settlement –Montador’s case is moving forward.

In a 26-page document filed June 28 in U.S. district court in Minneapolis, the NHL asked that Montador’s case be transferred back to Chicago, where it was initially filed. In a series of 26 stated defences, the league insists it isn’t to blame for Montador’s death.

Any legal claims related to Montador’s injury “may be barred, in whole or in part, from recovery due to his contributory and/or comparative negligence,” the NHL alleged.

“Any injury or damage sustained by [Montador] was caused, in whole or in part, by [Montador's] own lack of due care and fault, and/or by pre-existing conditions; and/or the lack of due care of others for whom the NHL has no responsibility or control,” the league wrote in its answer to the Montador family’s lawsuit.

The NHL also alleged it should not face liability from being sued for promoting violence because “such conduct is protected under the First Amendment to the United States Constitution.”

In an interview with the Peterborough Examiner newspaper in 2015, Montador said that he suffered from depression during his NHL career as he struggled to recover from brain injuries.

In their lawsuit against the NHL, Montador’s family alleged that he has suffered at least 11 documented concussions in the NHL, including four in 12 weeks in 2012. Montador played 571 NHL games during a 14-year pro career that included stints with the Flames, Panthers, Ducks, Bruins, Sabres and Blackhawks.

Earlier this year, Toronto neurosurgeon Dr. Charles Tator told a government hearing in Ottawa that he examined Montador's records and discovered that he had actually suffered 19 documented concussions.

In an interview on Tuesday, Dr. Tator said that total included brain injuries Montador suffered in junior hockey, the NHL and in his final season as a professional in Zagreb, where he played 11 games for a Croatian-based team in the KHL.