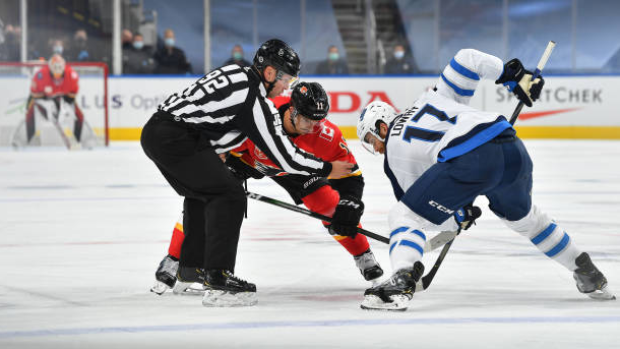 As the days in December slip by, the NHL and NHL Players’ Association have all but officially moved off the unrealistic target date of Jan. 1 to drop the puck on the 2020-21 season.

Sources told TSN that the NHL shared multiple draft schedules with the NHLPA on Thursday, including 56- and 52-game regular-season scenarios, which would begin sometime in mid-January.

An exact start date did not materialize in discussions, which went late into Thursday night. It may fall a few days before or after Jan. 15, as both sides seek to maximize the number of games played.

Training camps would open approximately 10 to 14 days ahead of the set start date, potentially around Jan. 1 or Jan. 2.

In addition, the seven teams that didn’t qualify for the 24-team return to play format in August may still have the option of starting a voluntary training camp one week earlier in late December. That remains a topic of discussion between the two sides, with talks continuing on Friday.

The number of games the NHL can squeeze in will be key. More games mean more revenue, which also reduces the debt that players will have to repay owners in following seasons.

At this point, the NHL and NHLPA determined that there is not enough runway to conclude even a 60-game regular season and award the Stanley Cup by early July. But a 56-game season, which could be balanced evenly in both seven-team (Canadian) and eight-team (U.S.) divisions, would make sense for a number of reasons – even if it required moving a Jan. 15 start up a few days to accomplish.

NHL commissioner Gary Bettman said in an interview with Sports Business Journal on Wednesday that the league’s singular focus is on wrapping up the 2021 campaign in a timely fashion.

“I think this is the most important thing: What we’re focused on is trying to get through the 2021 season so we can be back in position for 2021-22 to [get back to] normalcy,” Bettman said. “Based on everything that we’re hearing, we can look at normalcy by the time we get to '21-22 with whatever happens this season.”

Thursday’s back-and-forth was unrelated to the NHL’s recent economic requests, which remain unresolved, according to sources. The NHLPA has not wavered in its stance that a Collective Bargaining Agreement extension ratified by both sides in July properly accounts for all of the economic realities related to the pandemic.

With COVID-19 cases still skyrocketing, local health authority restrictions in place and economic issues still outstanding, it is difficult to say definitively that progress has been made. But Thursday night’s developments were the most positive signs yet that a 2021 season will indeed be played.