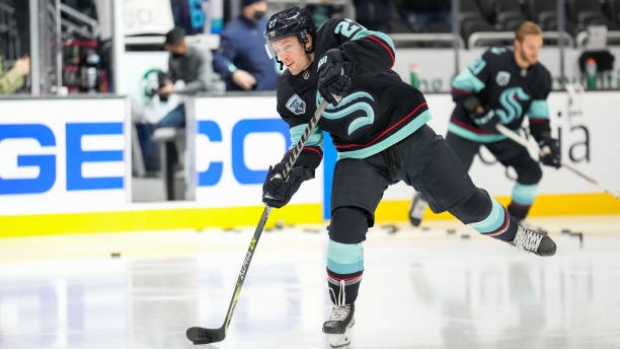 Juolevi, 23, was acquired by the Panthers on Oct. 10 in a trade that sent defenceman Noah Juulsen and forward Juho Lammikko to the Vancouver Canucks.

The 6-foot-2 defenceman has not recorded a point in 10 games this season with the Panthers.

Juolevi was drafted fifth overall by the Canucks in the 2016 NHL draft and has two goals and three points in 33 games split between the Canucks and Panthers.

#SeaKraken forwards Jared McCann and Jaden Schwartz have been activated from IR.

Additionally, forward Austin Czarnik has been placed on waivers. pic.twitter.com/OeOg48flc4

Czarnik, 29, was claimed by the Kraken off waivers on Feb. 8 from the New York Islanders.

The Detroit, Mich., native has two goals and seven points in 17 games this season split between the Kraken and Islanders.

The 5-foot-9 forward was signed as an undrafted free agent by the Boston Bruins in 2015 and has 15 goals and 45 points in 142 career games split between the Bruins, Calgary Flames, Islanders, and Kraken.