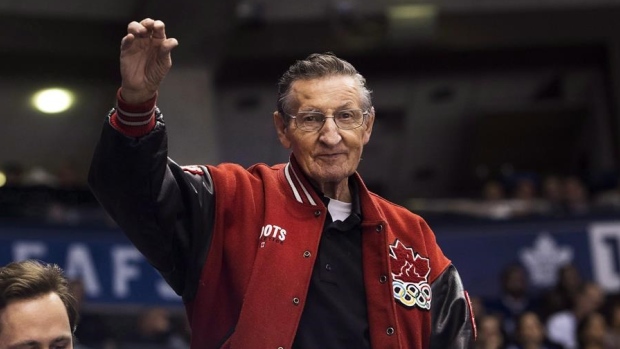 An Ontario police officer is facing fraud charges after an investigation into the theft of Wayne Gretzky memorabilia from the home of the hockey legend's father.

A spokeswoman for the Ontario Provincial Police says Insp. June Dobson is facing fraud charges in the case.

Staff Sgt. Carolle Dionne says Dobson was already on an unrelated paid leave of absence when the charges were announced Tuesday.

The arrests came after an investigation following the theft of approximately US$500,000 worth of memorabilia from the home of Walter Gretzky.

Brantford police say that during the investigation they uncovered evidence of someone - unrelated to the theft - allegedly committing fraud involving a Gretzky hockey stick.

Dobson is facing charges of fraud over $5,000 and breach of trust.

She was the detachment commander of the Grenville, Ont., OPP detachment.

Police say the investigation is ongoing.

This report by The Canadian Press was first published Dec. 16, 2020.