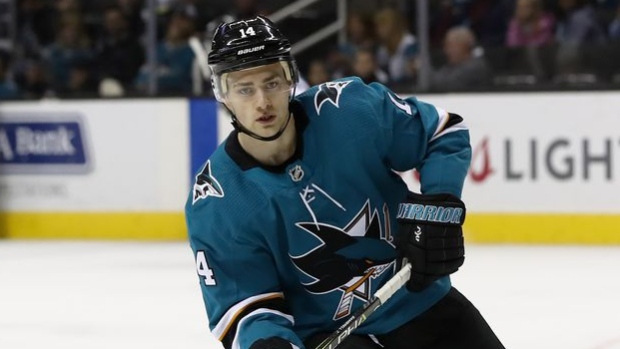 OTTAWA — The Ottawa Senators added some depth at centre to make up for a string of recent injuries.

That seventh-round pick initially belonged to San Jose, but was sent to Ottawa in a trade for defenceman Christian Jaros in January.

Gambrell has also played 69 games (23 goals, 35 assists) with the San Jose Barracuda of the American Hockey League. He has one assist in three games with the Barracuda this season.

The centre will be recalled to Ottawa as part of the transaction. He is expected to help the Sens after the loss of centres Colin White (dislocated shoulder), Shane Pinto (upper body) and Clark Bishop (lower body).

“Dylan’s a player whose progress we’ve monitored since his collegiate career at the University of Denver,” Senators general manager Pierre Dorion said in a release. “He’s a good-skating centre, a strong checker and a responsible penalty killer.

“We have a void at centre on account of some recent injuries and Dylan will help us with that need.”