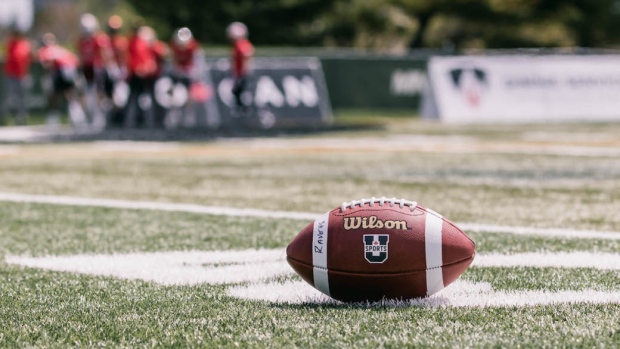 OTTAWA — The University of Ottawa says one of its football players died shortly after a game over the weekend.

The school says fifth-year-engineering student Francis Perron died not long after the Gee-Gees game against the University of Toronto on Saturday.

Perron had one tackle in an 11-10 loss to the Varsity Blues.

The school has not said how Perron died.

School president Jacques Frémont says the Sherbrooke, Que., native excelled on the field and in the classroom.

The president says the school will hold a memorial for Perron in the coming weeks.

This report by The Canadian Press was first published Sept. 20, 2021.

Note to readers: This is a corrected story. A previous version carried an incorrect name for the University of Ottawa.