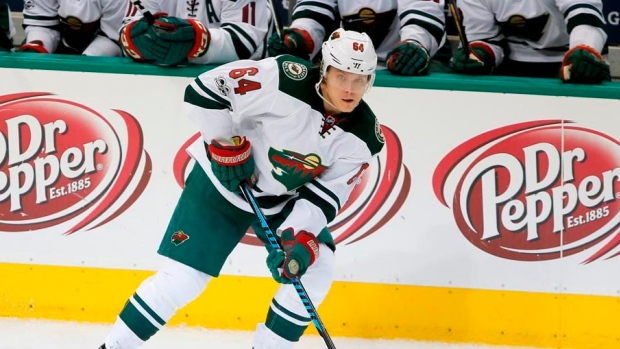 The Nashville Predators have acquired forward Mikael Granlund from the Minnesota Wild in exchange for forward Kevin Fiala.

Mikael Granlund from Minnesota to Nashville for Kevin Fiala.

In 63 games for the Wild this season, Granlund has 15 goals and 34 assists. The 26-year-old has one year remaining on his contract after this season with a salary cap hit of $5.75 million.

Fiala is a pending restricted free agent and has 10 goals and 22 assists in 64 games for the Predators this season.

The 22-year-old had spent his entire career in Nashville since being drafted 11th overall by the team in 2014.

Fiala has 45 goals and 52 assists in 204 career regular season games.