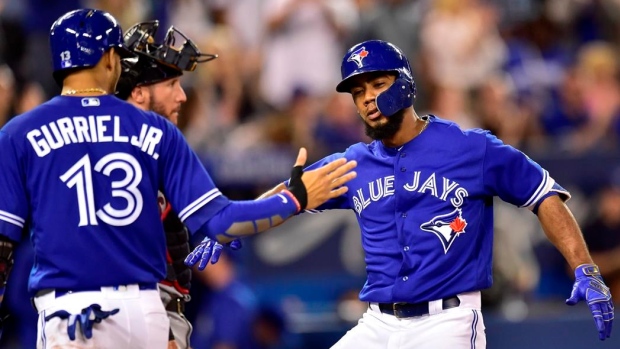 TORONTO — Three full weeks of spring training is almost in the books and a number of things have changed since Blue Jays pitchers and catchers reported to Dunedin in mid-February.

While this camp was presented as a wide-open situation with jobs up for grabs, truthfully, there weren’t a whole lot of legitimate battles you could point to outside of a paper-thin bullpen.

An injury and a couple of depth signings have changed things from when we first took a look at how the infield, outfield, rotation and bullpen were shaping up in February.

With that in mind, and with a little more than three weeks to go until game one of 162 at Rogers Centre against the Detroit Tigers, let’s take a stab at projecting the opening day roster. 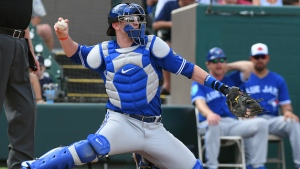 Not much has changed here. Jansen is slated for the lion’s share of the playing time, with the 28-year-old Maile serving as the caddy, which allows McGuire to get full-time at-bats in Buffalo. Not only is it a situation that’s pretty set in stone, it’s also ideal for all parties.

Once again, this is easy. Smoak is the everyday guy at the cold corner, while Morales, whose leadership is deemed important by this regime, is your DH on most days. Tellez will get a chance to force his way into the conversation by carrying over his strong September in The Show with a strong start to his age-24 season in Triple-A. One minor development at this position has been Billy McKinney taking reps in order to add some versatility to his corner outfield portfolio.

Left knee inflammation has thrown Travis a curveball once again, and it’s fair to wonder if the latest setback will keep him on the outside looking in permanently. The 28-year-old’s lack of versatility is an issue, making him tough to carry has a bench piece that can’t stay healthy. Travis has two options remaining, so he can be sent to Buffalo, but the keystone at-bats are currently earmarked for Biggio, leaving the Jays with a dilemma if Travis can’t perform over the next three weeks. 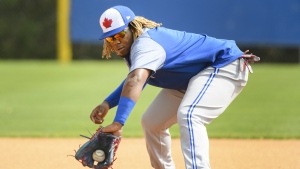 General manager Ross Atkins has all but came out and stated that Vladdy Jr. isn’t ready for the majors and he’ll be shuffled off to Buffalo to start the year. Make no mistake, it’s all about service time and gaining that seventh year of team control. That leaves Drury at the hot corner for the time being.

Thanks to his glove work, Galvis is set for close to an everyday role at the six spot. Gurriel will mix in, especially when Guerrero arrives and the whole infield dynamic changes, but it’s clear the Cuban is viewed more as a utility player (and a potentially dynamic bat) rather than a legitimate shortstop option. Travis’ knee opens the door for Urena to back up at short, second and third to open the season.

Outside looking in: Dalton Pompey

Grichuk has been limited to just six at-bats thus far as the Jays take precautions with a foot problem that may or may not be plantar fasciitis, an issue that also popped up in 2018. If he’s healthy and ready to go, the outfield foursome should be set. The wildcard is Pompey, who’s out of options and has looked solid this spring as he attempts to erase three years of frustration. Reluctant to part ways with Pompey up to this point, there’s a scenario that has the Jays starting the year with five outfielders, which could leave just seven arms in the bullpen. 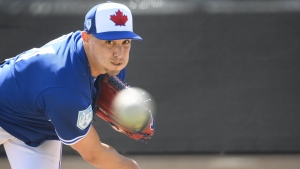 The top three are set in stone, barring injury, but it gets murky from there. Both manager Charlie Montoyo and GM Ross Atkins have said Buchholz was signed to be a starter, but he’s a little bit behind and it’s fair to wonder if the 34-year-old will be ready to open the season, especially after his bounce-back 2018 campaign (2.01 ERA across 16 starts with Arizona) ended with a flexor mass strain in his right elbow. Buchholz being added to the fold would seem to be another blow to Borucki’s chances of cracking the rotation, but Richard is by far the least inspiring option, and the 35-year-old southpaw could easily be shifted into a long-relief role by opening day. Borucki’s slow start to spring (five earned runs and seven walks in seven frames) hasn’t helped his case, but the second-half sample from 2018 showed he’s ready for the challenge for 30-plus starts. 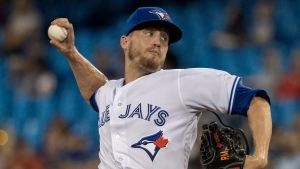 It’s impossible to view Giles, Tepera, Mayza and the recently signed Norris as anything other than locks. Luciano, the 19-year-old Rule 5 pick who has to stay on the roster in order to keep him in the organization, has three Grapefruit League innings under his belt, and the right-hander has done nothing to show the Jays that they should deviate from the long-term plan they had in mind back in December when they selected him. If Borucki wins the rotation battle, Richard makes it six easy bullpen calls, while Paulino offers exciting upside as a power arm. Axford needs to be added to the 40-man roster, which is a wrinkle, but the leadership and hometown aspect give him the upper hand in a battle with Danny Barnes, Joe Biagini, and Sam Gaviglio. David Phelps, who is now a little more than 11 months removed from Tommy John surgery and throwing bullpens, is a prime candidate to start the season on the newly-renamed 10-day injured list.