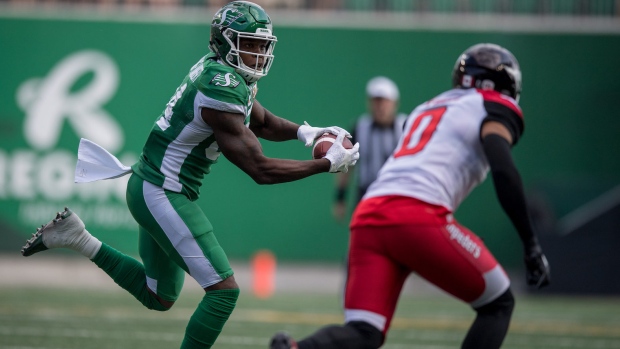 Williams-Lambert will return to the Roughriders after playing in three games in 2019, finishing with five receptions for 57 yards.

The 26-year-old was named West Division Most Outstanding Rookie in 2018 when he finished with 62 receptions for 764 yards and four touchdowns. He signed a deal south of the border with the Chicago Bears following the 2018 season.

In other Roughriders roster news,  American wide receiver Demarcus Ayers and defensive back Christian Campbell have opted back into their contracts with the team.

Ayers comes to the Roughriders after three seasons in the NFL with Chicago, New England and Pittsburgh.

The University of Houston product was a seventh-round pick by Pittsburgh in 2016.

Campbell was a sixth-round pick by Arizona in 2018. He spent parts of two seasons in the NFL with Arizona, New Orleans and San Francisco.

This report by The Canadian Press was first published Jan. 20, 2021.