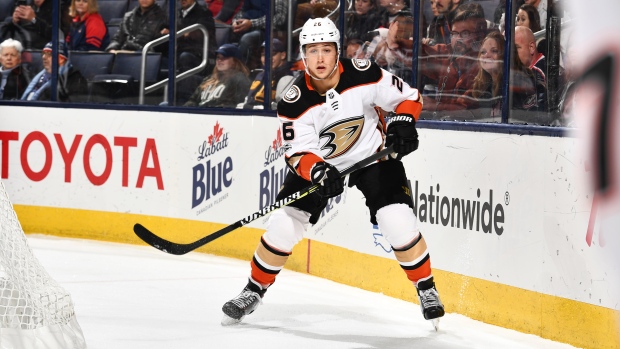 The Buffalo Sabres have acquired defenceman Brandon Montour from the Anaheim Ducks in exchange for defenceman Brendan Guhle and a first round pick.

Conditional pick details in Montour deal: #Ducks receive SJS 1st pick, or they have the option to select STL’s pick if it’s between #20 - #31.

The 24-year-old was originally drafted by the Ducks in the second-round (55th overall) of the 2014 NHL draft.

Guhle was a second-round pick of the Sabres in the 2015 NHL draft. He has 27 points in 50 games this season with the AHL's Rochester Americans.

The Ducks receive the Sharks first-round pick or they have the option to select St. Louis's pick if it's between #20 - #31.