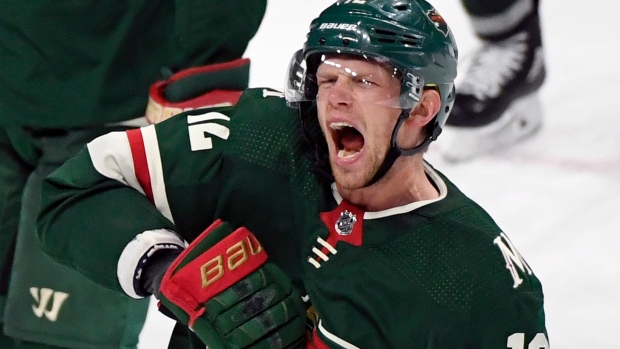 Eric Staal and the Minnesota Wild have agreed to terms on a two-year contract extension worth $6.5 million, the team announced on Monday night.

The deal will pay the Staal $3.5 million for the 2019-20 season and $3 million the season after that. The 34-year-old forward was scheduled to become an unrestricted free agent at season's end.

News of the extension was first reported by TSN Hockey Insider Bob McKenzie.

Staal has recorded 41 points (18G, 23A) over 62 games this season for the 30-27-6 Wild, who currently sit in the second wild card spot in the Western Conference.

The 15-year veteran has played with the Wild since the club acquired him in a trade during the 2016-17 season. He has also been a member of the New York Rangers and the Carolina Hurricanes, the latter of which Staal spent the first 11-plus seasons of his career with.