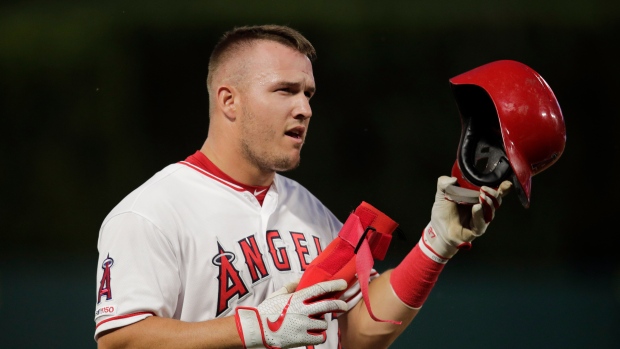 Marcus Stroman had some high praise for Mike Trout following Toronto's loss at the hands of the Angels Wednesday night.

Trout finished 2-for-4 in the game and it was his three-run double that was the difference as Anaheim went on to win 6-3. Trout got both of his hits off Stroman and knocked him out of the game in the fourth inning.

After Wednesday's matchup, Trout is now hitting .303 with six home runs and leads the league with 30 walks.

"That's why he's such a great hitter," Angels manager Brad Ausmus said. "Even when he's not necessarily making his best contact, he's still on base and allowing guys to drive him in."

As for Stroman's rough outing, the 28-year-old wasn't sweating it after the game.

"I didn't have a great feel, but it was just a weird night," Stroman told reporters. "A lot of weird things happened. I'm not even slightly worried about it. You're going to have games like this. Some of those ground balls could have gone right at guys."

The Jays will conclude their series in Anaheim Thursday night before heading to Arlington to take on the Texas Rangers.