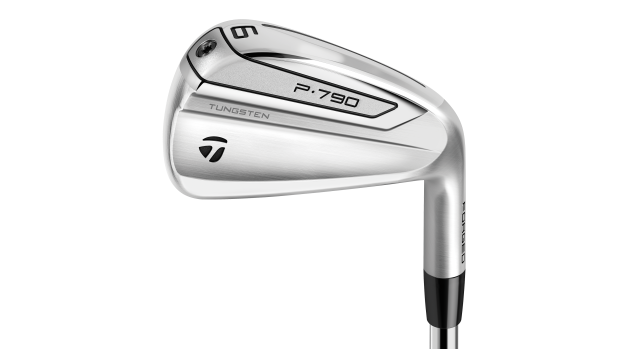 When TaylorMade brought out its P790 irons two years ago, they were immediately a hit.

The clubs offered a classic look with some modern technology advancements that made it one of the company’s most popular models.

In short, it was a player’s club with a forged feel that delivered great distance. That’s not an easy combination on which to deliver.

But now, TaylorMade is going a step farther with a new model P790 that only brings more to the table.

The club is still a hollow-body construction that is filled with Speedfoam, a urethane product that’s injected inside the head. It helps with feel and sound, two vital characteristics for any club.

There is also tungsten weighting in the club that helps lower the centre of gravity as well as a flexible Thru-Slot Speed Pocket that provides a little extra kick to the ball and also helps with forgiveness for those who don’t hit the centre of the club every time (which is pretty much all of us).

The new model also has a face that’s seven per cent thinner than the previous iron, as well as Progressive Inverted Cone Technology. That latter feature means better results on shots hit across the face. Optically, the topline is a bit thinner in this club, which is done by making the toe slightly higher. And the back of the club has a simpler look, going from the full TaylorMade name logo to just the ‘T’ icon.

Reaction to the club was overwhelmingly positive, with Tour players putting them into play immediately. Many of the changes were driven by feedback from golfers, so that’s perhaps not surprising.

All combined, these changes represent more of a refresh than an overhaul, but the clubs are shown to deliver more ball speed and distance so it’s more than just a cosmetic alteration.