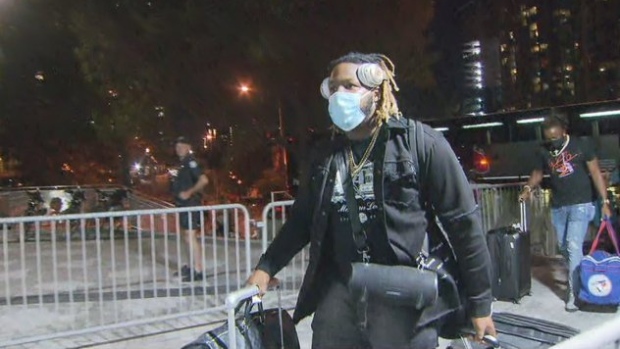 The Toronto Blue Jays are back on their home turf.

The team, which had been in Dunedin, Florida, since the beginning of spring training in February and remained there amid the COVID-19 pandemic, arrived in Toronto on Sunday evening. CP24 captured footage of the Blue Jays arriving at Rogers Centre, their home stadium.

The Blue Jays arrival in Toronto amid the pandemic comes after the team received clearance from the municipal, provincial and federal levels government to host a summer training camp ahead of the start of the delayed MLB season, which will begin later in July. Despite being cleared to host its training camp in Toronto, a decision on where the Blue Jays will play their home games has not yet been made.