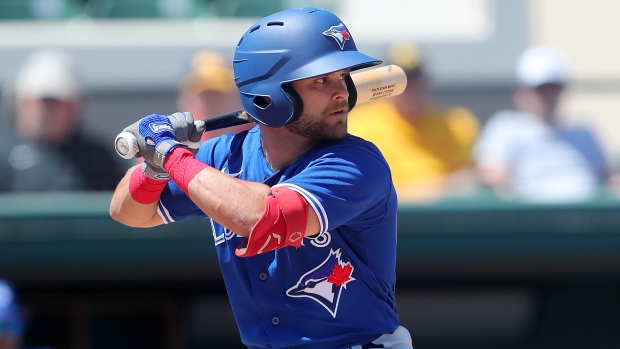 TORONTO — The Toronto Blue Jays selected the contract of infielder Vinny Capra from triple-A Buffalo on Friday afternoon and optioned right-hander Bowden Francis to the Bisons.

The five-foot-eight 175-pound native of Melbourne, Fla., will be active for Toronto's game against the Houston Astros on Friday night, the Blue Jays said in a release.

Francis, 26, made his big-league debut in the ninth inning of Toronto's 7-1 loss to the Boston Red Sox on Wednesday night. He had a strikeout and gave up a double over two-thirds of an inning.

Francis and right-hander Trevor Richards were acquired from the Milwaukee Brewers last July in exchange for first baseman Rowdy Tellez.