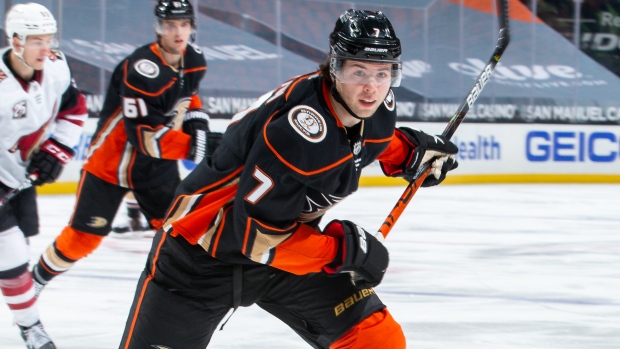 The Toronto Maple Leafs have acquired defenceman Ben Hutton from the Anaheim Ducks for a fifth-round draft pick.

Ben Hutton to #Leafs for a 5th round pick

In 34 games this season for the Ducks, Hutton has contributed a goal and four assists.

The 27-year-old signed a one-year, $950 thousand deal with Anaheim in January.

Hutton was selected in the fifth round, 147th overall, of the 2012 NHL Draft by the Vancouver Canucks and spent the first four years of his career with the team.

He has also appeared with the Los Angeles Kings and has played in 375 games over six seasons.