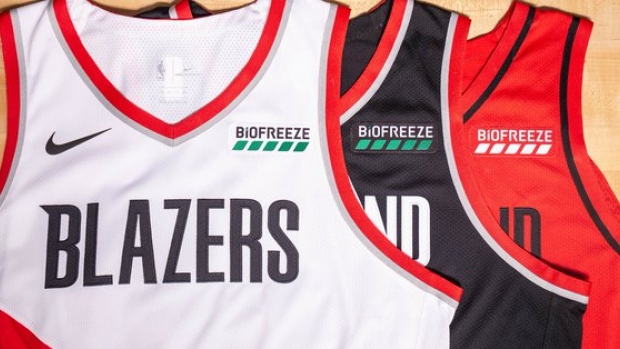 PORTLAND, Ore. — The Portland Trail Blazers have announced a multi-year jersey sponsorship deal with Performance Health, an Illinois-based company that manufactures products for the rehabilitation and sports medicine markets.

A logo for the company's product Biofreeze will be featured on the left shoulder of Portland's uniform. With the deal, the Blazers become the 24th NBA team to include a corporate sponsor on its jerseys.

The NBA first allowed jersey sponsorships last season. Trail Blazers President and CEO Chris McGowan said Portland was close to deals last year but they fell through, and so the team took its time in finding the right partner.

The Biofreeze logo will also be featured on the team's practice apparel.