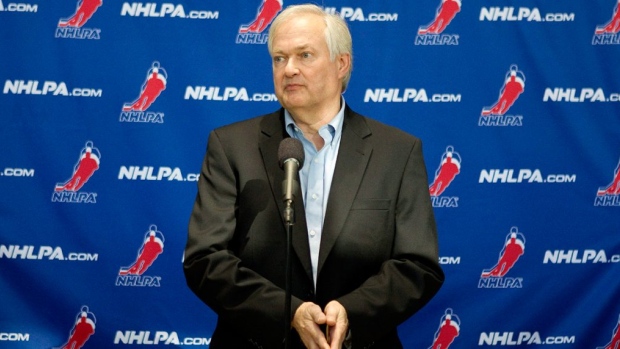 Team player representatives were given copies of the investigation findings, prepared by Toronto law firm Cozen O’Connor, before an NHLPA conference call Monday night. It will take 18 of the 32 reps voting in favour of a public release for that to happen. Voting will be open until Thursday, the NHLPA said.

Some players have already voted to make the report public, a source familiar with the matter told TSN.

The [NHLPA] executive board was provided with the independent report on Friday, held a board meeting on Monday where the investigators discussed their findings, and is currently voting on whether to make the report public," NHLPA spokesman Jonathan Weatherdon wrote in an emailed statement to TSN. "Only a review of the entire report will provide an accurate view of the extensive work done and determinations made by the independent investigators.”

The NHLPA voted to commission a third-party investigation of Fehr after details about his connection to Beach’s case first emerged in the Jenner & Block report.

NHL player agent Ross Gurney told TSN in an October interview that he phoned Fehr during the 2011 Women’s Under-18 World Championship in Stockholm and shared that Beach, his client, had allegedly been sexually abused by Aldrich, who was working with Team USA at the tournament.

Gurney told TSN that Fehr promised to forward the warning on to USA Hockey.

“I know you have spoken with [Ross Gurney] regarding an incident with [Kyle Beach] and a Chicago staff member during the Stanley Cup Playoffs last year,” Resnick wrote in an Apr. 18, 2011, email to Fehr. “[Black Ace 1] was involved as well and I got him in touch with [a therapist affiliated with the NHLPA] approximately 2 weeks ago; however, I did want to have a follow up with yourself.”

In an Oct. 7, 2021, interview with Jenner & Block, Fehr said he couldn’t remember a conversation with Gurney, but did not deny that one occurred.

It's unclear if Fehr told investigators with Cozen O’Connor whether he recalled the conversation with Gurney or the email from Resnick.

Fehr has confirmed that Beach was referred in 2010 to Dr. Brian Shaw, a psychologist and program administrator with the NHL/NHLPA Player Assistance Program.

"Kyle Beach has been through a horrific experience and has shown true courage in telling his story," Fehr said in October. "There is no doubt that the system failed to support him in his time of need, and we are part of that system.

"In his media interview, Mr. Beach stated that several months after the incident he told someone at the NHLPA the details of what happened to him. He is referring to one of the program doctors [Dr. Shaw] with the NHL/NHLPA player assistance program. While this program is confidential between players and the doctors, the grave nature of this incident should have resulted in further action on our part. The fact that it did not was a serious failure. I am truly sorry, and I am committed to making changes to ensure it does not happen again."

Beach told TSN in an interview last October that Dr. Shaw told him he would make sure that USA Hockey was informed that Aldrich was a sexual predator.

Beach, who has called for the NHLPA to fire Fehr, has said that if Fehr and Dr. Shaw had done “what they are supposed to do, then that teenaged boy in Michigan probably does not get sexually assaulted."