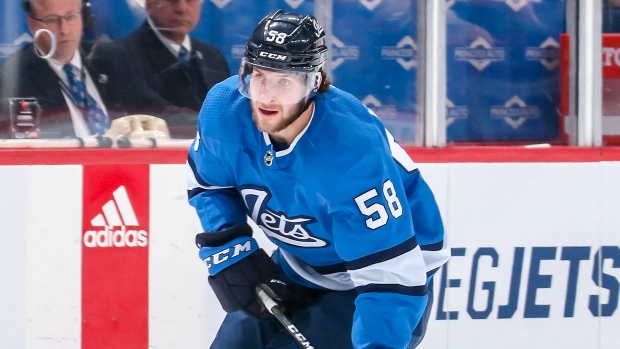 WINNIPEG — The Winnipeg Jets have signed forward Jansen Harkins to a two-year contract with an average annual value of US$725,000.

The 23-year-old product of North Vancouver, B.C., made his NHL debut for the Jets last season.

The Jets picked Harkins in the second round, 47th overall, of the 2015 NHL draft.

This report by The Canadian Press was first published Oct. 27, 2020.