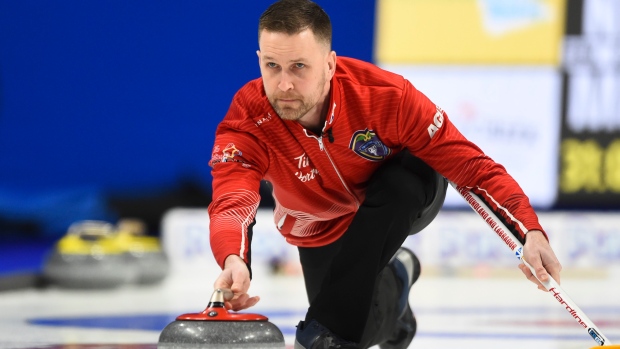 GLASGOW, United Kingdom — The men's curling world championship in Glasgow, Scotland, was cancelled on Saturday morning as event organizers supported the Scottish government's protocols to prevent the spread of COVID-19.

Brad Gushue's rink from Newfoundland and Labrador was going to represent Canada at the world championship March 28 to April 5 after winning the 2020 Tim Hortons Brier earlier this month.

The women's world curling championship in Prince George, B.C., was officially cancelled on Thursday. Gushue was skeptical at the time that the men's tournament would go ahead as planned.

"My gut is probably telling me it's not going to go," the skip told The Canadian Press from St. John's, N.L. on Thursday.

"We've just seen a report in Scotland they're advising events over 500 people to cancel. That's straight from their government which doesn't seem like a very good sign."

All ticket holders for the men's world championship will receive a full refund.

The World Curling Federation is considering how this will impact the qualifications for the 2022 Beijing Winter Olympics.

The oversight body said it was still evaluating if the world mixed doubles and world senior championships, both scheduled to be held in Kelowna, B.C., would go on as scheduled.

Plans for the European C-Division championships in Ljubljana, Slovenia, are also to be determined.

This report by The Canadian Press was first published March 14, 2020.