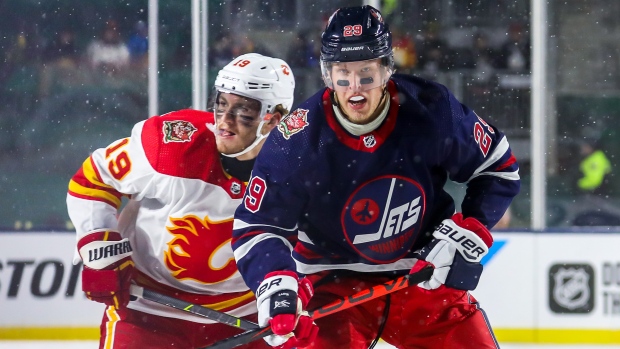 Today, we look at the first Western Conference matchup featuring the eight-seeded Calgary Flames against the ninth seeded Winnipeg Jets. 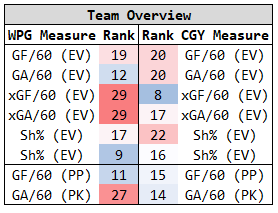 One of the interesting wrinkles of this matchup is that the "road" team in this series probably has an argument to be favoured.

When the regular season was paused, Calgary led Winnipeg by a fraction of a point. Combine that with St. Louis, Colorado and Dallas having better records in the Central Division, and you have Winnipeg opening up their playoffs on the road. This despite being 18 goals – 18 goals! – better than their play-in round opponent.

Over the past couple of seasons, no team has vexed hockey fans more than this Jets club. Despite a roster gushing with talent, the results at times under head coach Paul Maurice have been quite underwhelming. It is true that Maurice has had to deal with the unique challenge of overhauling a defensive corps on the fly – a defensive corps left empty after a series of both expected and unexpected player movements.

Winnipeg has lost six of the nine regular defenders from its 114-point team of two seasons ago. Some of the change was warranted, but this is still an incredibly quick transition for a team that surely didn’t see this type of change coming: 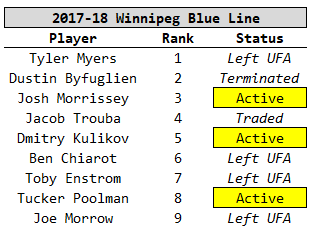 I emphasize the blueline piece because the Jets haven’t been able to fully recover from such a significant and quick loss of personnel.

The team spends a lot of time sheltering in the defensive zone, which not only puts sustained burden on goaltender Connor Hellebuyck, but it neuters the chances of Winnipeg’s gifted offensive playmakers. Partially as a result, Winnipeg is 29th in expected goal rates (45.8 per cent), 22nd in shot differential (48.8 per cent), and 16th in goal rate (50.7 per cent) at even strength.

Speaking of teams with performances disappointing relative to our expectations: the Calgary Flames. Remember when this team amassed a 107-point, Pacific Division-winning season on a base plus-62 goal differential? You should, because it was last year.

You would think that such a team would be able to capitalize on San Jose’s epic collapse and Vegas’ slow start. Instead, they were arguably the league’s worst team sitting in a playoff position (65 per cent playoff odds).

Most of Calgary’s troubles can be tied back to their play at even strength. Calgary was 0.3 goals per 60 minutes there, which put them 24th in the NHL. That number is actually sandwiched between the likes of division rivals in Vancouver and Edmonton, but those teams also made up some of those goals on special teams – Edmonton arguably had the best power play/penalty kill combination in the league, and Vancouver’s power play placed fifth in finishing rates.

For the Flames, it was a lot of mediocre hockey a lot of the time. Accordingly, it puts them in a tough play-in round matchup. 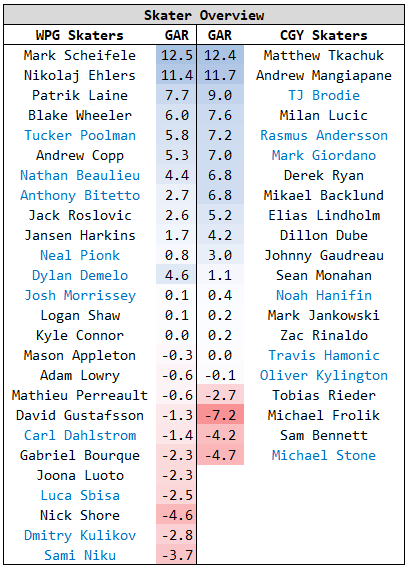 The one thing you can say about the Flames is they do have a number of capable – and, in some cases, irritable – young forwards to throw at their opponents. It’s hard to find a player in the league who covers both bases as well as Matthew Tkachuk, who harangued defenders all season long.

Tkachuk has a notorious knack for getting under the skin of the opposition and running up some awesome penalty differentials, which can be huge in a postseason series. Over the past three seasons, Tkachuk has handed Calgary 36 additional power plays (20th in the NHL), which for an average unit would mean about seven goals added in the standings.

Combine that with other Calgary forwards who are similarly great at this – Johnny Gaudreau leads the entire league with 65 additional power plays over the last three seasons and Andrew Mangiapane gave Calgary 13 additional power plays this year alone – and you can see how Calgary can make teams uncomfortable. If not for their ability to play pace and space in the offensive zone, then for their ability to force defenders into uncomfortable situations and force swaths of two-minute minors.

The other thing about Tkachuk is calling him a pest really undersells how effective a player he is, especially working out of the slot. The biggest reason why he led the team in scoring – Tkachuk had 23 goals and 38 assists when the season paused – is because he’s as effective as anyone in the league not named Brendan Gallagher at working inside of the defensive interior.

That not only creates opportunities for himself, but opens up passing and shooting lanes for his teammates: 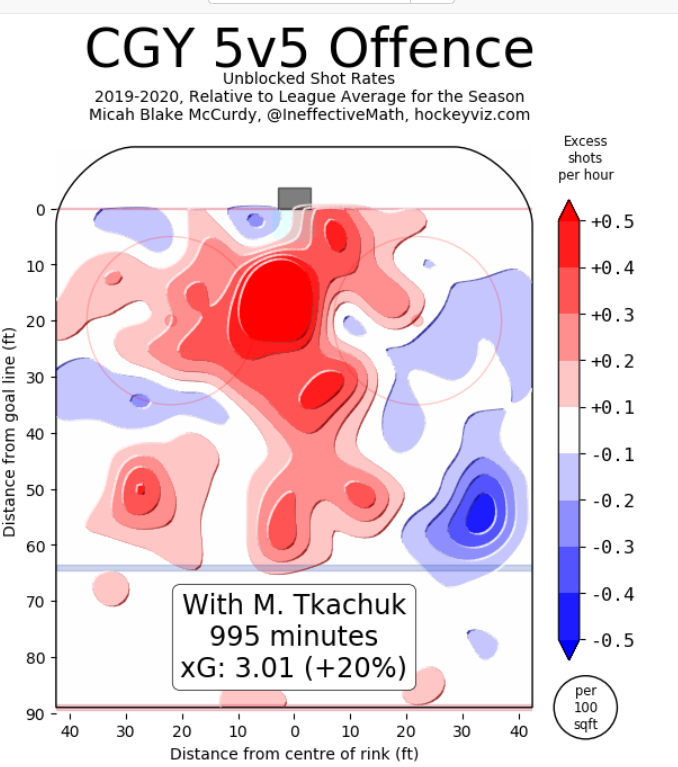 The good news for Winnipeg is that they were arguably the most disciplined team in the league this season, going shorthanded just 174 times (second fewest in the NHL). That’s a big accomplishment, especially considering how poorly disciplined some of Maurice’s teams were just a few years back.

It’s a shame Cam Talbot’s bounce-back season didn’t get a lot of play outside of Alberta. After ugly stints in Edmonton and Philadelphia a year ago, Talbot stopped nearly 92 per cent of shots and definitively outplayed the team’s starter in David Rittich.

It will be fascinating to see who head coach Geoff Ward gives the keys to in Game 1. If usage is the lead indicator, it will be Rittich. But you wonder how short his leash may be.

It wasn’t particularly close. He should win the Vezina Trophy running away. Little more needs to be said.

Winnipeg is such a frustrating team because you feel like you should be getting a lot more out of a lineup with this much talent. But Winnipeg has a couple of decisive advantages in this series, none more important than Hellebuyck. He was the team’s eraser all season long, and though Calgary will likely have ample offensive zone time, it’s easy to lose confidence in what they will do with those chances.

This is not a good matchup for Calgary. The pick is Winnipeg in four.