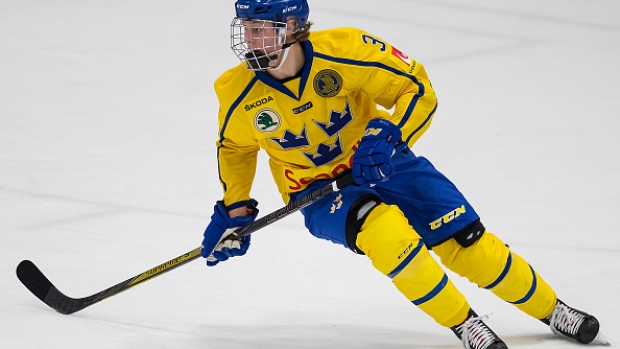 "At a shade under six feet tall, the Swede is a dynamic offensive defenceman. He started and finished the season on extremely high notes - he was the best defenceman at the Ivan Hlinka U-18 tourney last August and again at the Under-18 World Championship in April. In between those two events, his game wavered a bit at times as he bounced around to three different teams in three different leagues, playing mostly in the Swedish junior loop but also seeing some time in the elite league and second division. Like Hughes, Boqvist‘s defensive acumen is sometimes questioned." - Bob McKenzie