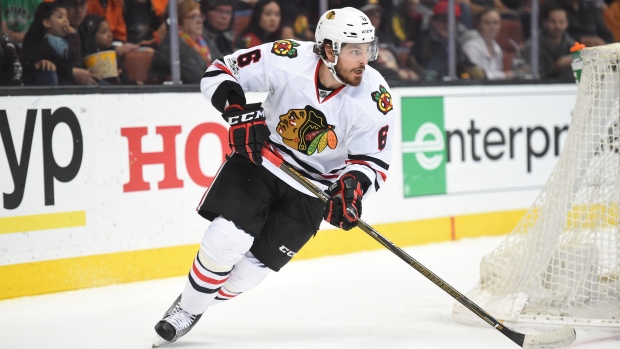 The Chicago Blackhawks have traded defenceman Michal Kempny to the Washington Capitals for a 2018 third-round pick.

The 27-year-old Kempny posted an assist in the Blackhawks' 7-1 win over the Capitals on Saturday night.

He has one goal and seven points in 31 games with Chicago this season. He joined the Blackhawks last season after a strong season with the KHL's Omsk Avangard in 2015-16.

Kempny is averaging 15:19 of ice time per game this season, slightly above the 14:58 mark he posted as a rookie.

Kempny's agent had spoken with Hawks GM Stan Bowman earlier this season about the player's usage in Chicago... change of scenery seemed like a possibility eventually

A native of Hodonin, Czech Republic, Kempny is a pending unrestricted free agent and carries a $900,000 cap hit this season.

Prior to joining Omsk, Kempny played five seasons in the Czech Republic league.