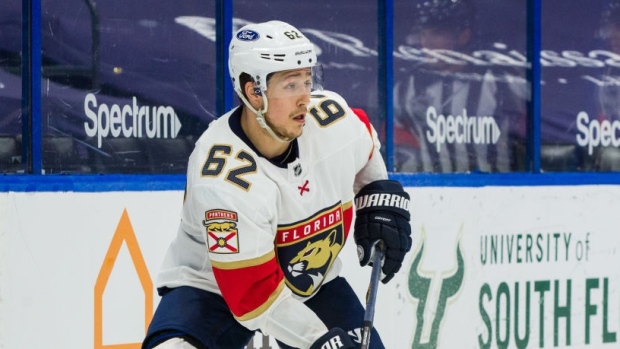 The Florida Panthers have re-signed defenceman Brandon Montour to a three-year, $10.5 million deal, according to TSN Hockey Insider Pierre LeBrun. The deal will carry an average annual value of $3.5 million.

"The deal is back loaded like so many these days, with escrow in mind. Montour happy to stay put," tweets LeBrun.

Montour deal 3 x $3.5M AAV as I believe @frank_seravalli also reported. The deal is back loaded like so many these days, with escrow in mind. Montour happy to stay put. https://t.co/twzLub8bnt

Montour split last season between the Buffalo Sabres and Florida Panthers, arriving in the Sunshine State via trade in exchange for a third-round pick.

Montour combined for seven goals and 11 assists in 50 games spread out across the two teams. He also appeared in six Stanley Cup Playoff games with the Panthers but did not record a goal or assist.

The 27-year-old began his career with the Anaheim Ducks, who selected him in the second round of the 2014 NHL Draft, but was dealt to the Sabres in a February 2019 deal involving a first-round pick and defenceman Brendan Guhle.