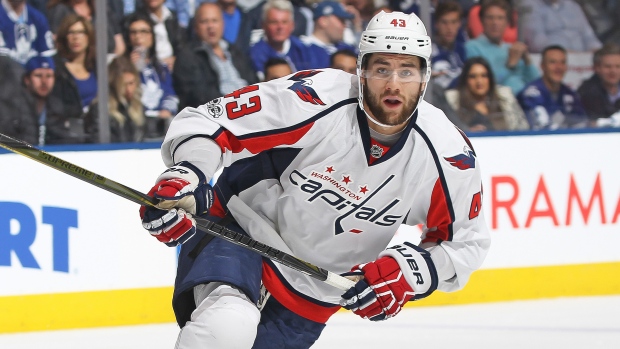 The 24-year-old restricted free agent will have a cap hit of $5.17 million.

In 78 games with the Capitals last season, Wilson tallied 14 goals and 21 assists, both career highs. He also had a strong playoff for the Stanley Cup champions, contributing five goals and 10 assists in 21 postseason games.

He also drew three suspensions from the league last season, totalling nine games. The most recent was a three-game ban during the playoffs for a hit that broke the jaw of Pittsburgh's Zach Aston-Reese. There was no penalty during the game, but the NHL called the play an illegal check to the head.

The Toronto native was Washington's first-round pick (16th overall) in the 2012 Draft.

“Tom is an invaluable member of our team and we are pleased that he is committed to sign a long-term deal at this point in his career,” said Capitals general manager Brian MacLellan in a statement. “Tom is a unique player in this League, in that he plays a physical game, leads by example and contributes in every facet of the game. At 24 years of age, he is just entering his prime and we believe that he will only continue to excel and improve as a player.”