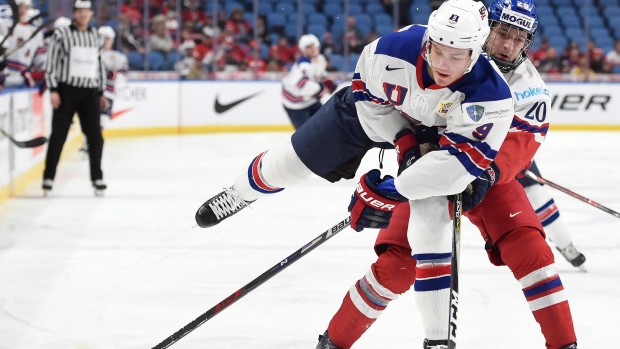 OTTAWA — The Ottawa Senators have signed centre Josh Norris to a three-year, entry-level contract, ending his NCAA career at the University of Michigan after two seasons.

The 20-year-old American was acquired as part of the Erik Karlsson deal with the San Jose Sharks before last season.

An injury at the world juniors cut short his sophomore season at Michigan after 17 games.

Before making his collegiate debut, Norris spent two seasons with the U.S. national team development program, where he was a teammate of current Senators forward Brady Tkachuk.

"Josh is one of the organization's top prospects, a fast, skilled, competitive centre who we project to play an important role with our team in the future," Senators general manager Pierre Dorion said in a statement.

"In speaking with Josh and his family, we were all in agreement that it is in the best interests of his development to make the step to turn professional after two great seasons at Michigan. We are very happy to have Josh signed and look forward to having him here at development camp in June."

Note to readers: This is a corrected story. A previous version had the incorrect spelling for Norris's surname