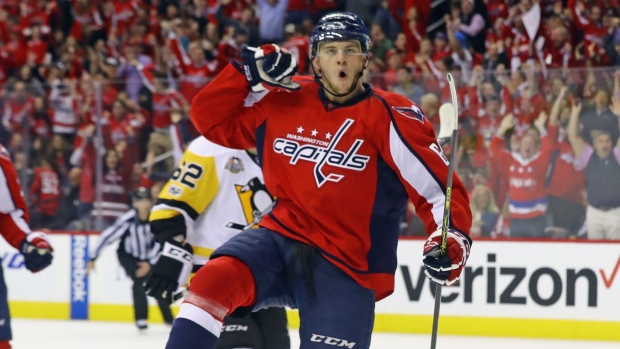 The Colorado Avalanche have signed forward Andre Burakovsky to a one-year deal, the team announced Monday.

According to Ryan S. Clark of The Athletic, the deal will be worth $3.25 million for the season.

The financials of the Andre Burakovsky deal are one-year for $3.25 million, per a source. #Avs now have around $19.9 million in remaining cap space to re-sign J.T. Compher, Vladislav Kamenev and Mikko Rantanen.

"We are excited to be adding a big, fast, skilled winger like Andre," said Avalanche executive vice president and general manager Joe Sakic at the time of the trade. "He already has a lot of NHL experience at a young age and is a Stanley Cup winner who has performed well in the playoffs. At just 24 he is entering the prime years of his career and we feel with an added role, he will be a great addition to our team."

The 24-year-old scored 12 goals and posted 25 points for the Capitals this past season. He added two points in the Capitals first round playoffs series when they were knocked out by the Carolina Hurricanes.

Once his entry level contract expired, Burakovsky signed a two-year $6 million contract with the Capitals in 2017.