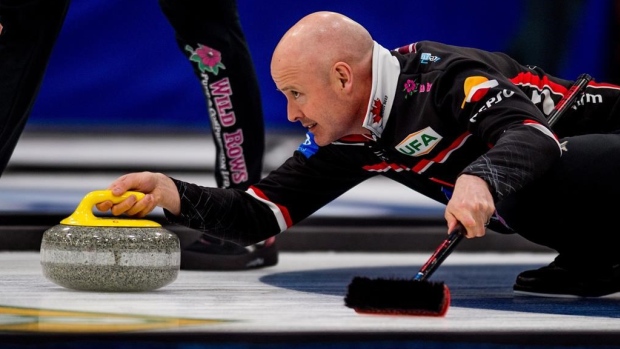 The Scotties Tournament of Hearts and Tim Hortons Brier are set to take place inside the Calgary bubble in early 2021, but first they have to figure out which teams will be playing.

That will prove to be much more difficult compared to year's past.

With varying restrictions and health protocols to consider because of the COVID-19 global pandemic, provinces and territories across Canada may find it difficult to hold their playdowns, leading to questions as to which teams get to go to Calgary.

Here's the current state of each provincial and territorial championship. All proposed dates and locations are subject to change due to evolving circumstances surrounding the pandemic.

Note: The province was forced to cancel its playdowns due to ongoing COVID-19 restrictions. The events were supposed to be played January 26-31 in Kamloops. Last year's winners in Corryn Brown and Steve Laycock will represent BC in Calgary.

Note: The women's and men's playdowns, slated to run January 25-31, 2021 in Sylvan Lake, have been cancelled. Instead, last year's provincial champs in Brendan Bottcher and Laura Walker will get to go to the national championships. Calgary's Kevin Koe is headed there as well as a wild-card team.

We are thankful for the opportunity to head back to @CurlingCanada Scotties Tournament of Hearts, and honoured to represent @Curling_Alberta! pic.twitter.com/U8wKny9DlS

Note: CURLSASK is sending 2020 Brier bronze medalists Team Matt Dunstone to the Brier and 2020 Saskatchewan women's finalist Team Sherry Anderson to the Scotties. Robyn Silvernagle skipped last year's provincial championship team on the women's side, but has two new players on her team this year, making her ineligible to return as the defending champion.

More big news in the curling world again today...and what it means to us in getting to rep Sask again at the Brier in Calgary. @CURLSASK’s official announcement: https://t.co/SPGcJTbEYU#curlsask #sask #curling 🟢⚪️ pic.twitter.com/eGuYsKjJc2

Note: Manitoba were hoping to host their playdowns in early February, but were forced to cancel on Dec. 21. As a result, Team Jason Gunnlaugson will represent the province at the Brier while Team Jennifer Jones will do the same at the Scotties. Gunnlaugson won his first provincial championship last season and Jones was the runner-up to Team Kerri Einarson. Einarson is already qualified after winning the national championship in 2020 and will wear Team Canada colours in Calgary.

Note: Like Manitoba, Ontario was also forced to cancel its provincial playdowns on Dec. 21 due to COVID-19. They will send last year's provincial champs to Calgary in Team John Epping and Team Rachel Homan.

While we know this was a very difficult decision and we look forward to provincials every year, we are honoured to represent Ontario at this years Scotties. https://t.co/uSh6r8oEDj

Note: The Northern Ontario Curling Association have cancelled all of its competitions until further notice due to the COVID-19 crisis. As a result, the NOCA invited last year's provincial winners - Brad Jacobs and Krista McCarville - to represent Northern Ontario at the Brier and Scotties in the Calgary hub. Team Jacobs accepted the invitation while Team McCarville declined the invite due to travel restrictions and family commitments. Team Krysta Burns, the 2020 Northern Ontario finalists, will go to the bubble in Team McCarville's place.

Note: Quebec has decided to send Team Laurie St-Georges to the Scotties and Team Mike Fournier to the Brier. Curling Quebec Board of Directors collaborated with Curling Canada to make the selections. Alek Bedard and Noemie Verreault won last year's provincial championships.

"We have spent a long time debating this decision and trying to find a way to make it happen but it is with much disappointment that we are unable," the team said in a statement on Facebook. Melissa Adams, who last represented the province at the 2018 Scotties, will compete instead.

Curling NB is pleased to announce that it will be the Melissa Adams rink of CWC to represent NB at the 2021 Scotties Tournament of Hearts. Best wishes to Melissa, Nicole, Kendra and Jaclyn. Monique Masse will join as the team alternate. pic.twitter.com/dvdcARiOAQ

Note: The Scotties and Brier playdowns - scheduled to run Jan. 25-31 in New Glasgow - have been cancelled. Jamie Murphy's team, who won last year's Nova Scotia title, accepted their invitation to go to the Canadian championship, however they were forced to find a new skip as Murphy is unable to attend due to work commitments and quarantine requirements upon his return home. As a result, Nova Scotia will be skipped by Ontario's Scott McDonald. Team Jill Brothers accepted the invite on the women's side after she lost to Team Mary-Anne Arsenault in the 2020 provincial final. Arsenault now lives out west in British Columbia.

Note: Eddie MacKenzie and Suzanne Birt are headed back to the national championships after winning PEI playdowns, one of the few places to run playdowns for both the Scotties and Brier. Mackenzie swept Blair Jay in a best-of-five series while Birt did the same against Darlene London. Both events happened at the Maple Leaf Curling Club in O’Leary.

Note: Sarah Hill dropped the opener of the best-of-five series to Mackenzie Mitchell before rattling off three straight wins in the Newfoundland Scotties, punching her first career ticket to the Tournament of Hearts. On the men's side, Greg Smith is going to his second career Brier after stealing the 12th end of a thriller against Team Colin Thomas.

Note: Dustin Mikkelsen was acclaimed as the Yukon men's champion while Team Laura Eby won the best-of-five on the women's side and is headed to the bubble.

Note: Greg Skauge outlasted Glen Hudy in a best-of-three series to claim his first Territorial championship while Kerry Galusha will be going to the Scotties for an 18th time.

Note: In one of the few playdowns played in the country, Team Peter Mackey battled Team Wade Kingdon in a best-of-five series to determine who would represent the territory at the Brier. Team Kingdon took the first two games before Mackey's crew stormed back with three straight victories to win the series and punch a ticket to Calgary. Lori Eddy, who skipped Nunavut at last year's Scotties in Moose Jaw, Sask., will return and will be inside the Calgary bubble.