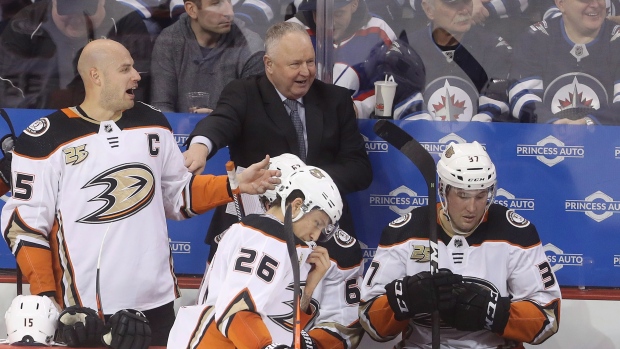 “At this time, I am not considering a coaching change,” Murray said in the statement.  “I am focused on our players, specifically with who is going to step up in this situation.  The way we played tonight was a step in the right direction, but we need a much, much more.”

"We have higher expectations for this group, and they should expect more from themselves."

The statement comes on the heels of the Ducks 4-3 overtime loss on the road to the Winnipeg Jets on Sunday, their 11th consecutive defeat.

With the loss, the Ducks fell to 19-18-9 on the season, currently tied with the Minnesota Wild with 47 points and the last playoff position in the Western Conference.

Carlyle is his second stint with the Ducks, having previously coached the team from 2005 to 2012, winning the Stanley Cup in 2007.

The 62-year-old rejoined the Ducks ahead of the 2016-17 season, following parts of four seasons as head coach of the Toronto Maple Leafs.