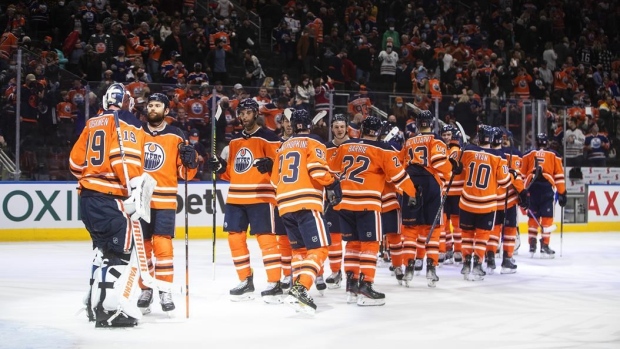 Monday's game between the Edmonton Oilers and Ottawa Senators has been postponed due to COVID-19 related issues with the Oilers, the league announced on Sunday.

The game will now be played on Jan. 15 in Edmonton.

*Note*: Edmonton Oilers vs. Ottawa Senators originally scheduled for Monday, January 10 will be played on Saturday, January 15 at 8:00 pm.

Monday's game between the New Jersey Devils and Tampa Bay Lightning was also postponed due to COVID-19 issues with the Devils.

The Oilers cancelled Sunday's practice and later announced that forwards Tyler Benson and Warren Foegele were added to protocols.

Six support staff of the travelling party were also added to protocol.

Connor McDavid, Tyson Barrie and Derek Ryan were eligible to come out of protocol on Sunday.