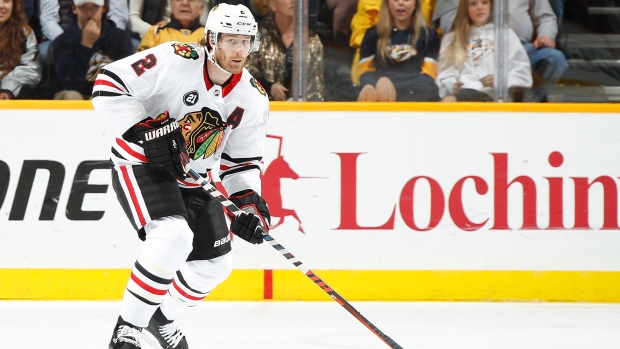 Are the Oilers any closer to acquiring Duncan Keith from the Blackhawks? What teams are showing interest in Taylor Hall? Hockey Insider Darren Dreger has the latest.

Are the Edmonton Oilers getting any closer to acquiring Duncan Keith?

Dreger: Still back and forth between Ken Holland, general manager of the Edmonton Oilers, and Stan Bowman, general manager for the Chicago Blackhawks. There’s still mutual interest in getting something done and the dialogue is ongoing.

Which young defenceman from the Oilers needs to be included in going back to the Blackhawks? Is there, overall, a match? They need to continue to consider this. What seems to be apparent in this is that Bowman and the Chicago Blackhawks want to do right by Duncan Keith. But he’s looking for a quality return so there’s still work to be done.

Are we getting more trade talk around the league with the Expansion Draft looming?

Dreger: Absolutely, because of the timing. We’re three weeks out from July 28 and Free Agent Frenzy. The week prior, of course, is the Expansion Draft with the Seattle Kraken. GMs with interest in re-signing pending unrestricted free agents are sharpening pencils right now.

A good example is Don Sweeney, the GM of the Boston Bruins. He’s engaged in discussions about an extension for Taylor Hall with his agent Darren Ferris. This shouldn’t come as breaking news, there was interest from the Boston standpoint prior to making the trade with the Buffalo Sabres.

But there’s outside interest as well, including from the Toronto Maple Leafs, which may surprise some. Toronto has interest, I’m sure, if they can’t get Zach Hyman signed, or depending on what happens with Freddy Andersen.

There are a lot of teams with interest in Taylor Hall but he’d like to extend his time in Boston.