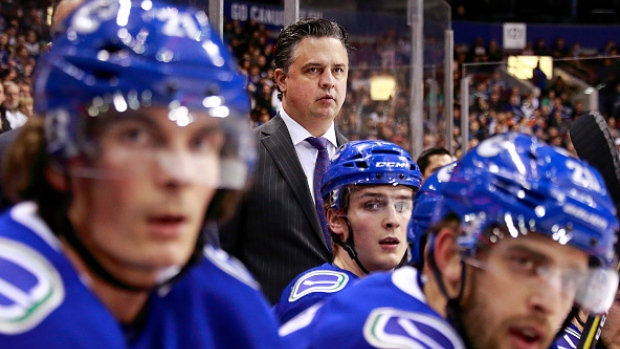 Vancouver Canucks forward Loui Eriksson admitted to Sweden's HockeySverige that there is friction in his relationship with head coach Travis Green, and cited that as a reason for his diminished offensive output with the team.

Eriksson has scored a total of 31 goals in three seasons since joining the Canucks after scoring 30 with the Boston Bruins in 2015-16. He has spent the past two seasons under Green, and averaged just 14:04 of ice time last season - his lowest mark since the 2007-08 season with the Dallas Stars.

“The coach and I don’t really get on 100 per cent,” Eriksson told the Swedish outlet, as translated by the Vancouver Province. “It is difficult when I do not get the same trust that I received from all the other coaches I had during my career. Of course it is tough on that front.”

Eriksson was healthy for the full season for the first time since joining the Canucks this year, but sat out one game in March as a healthy scratch.

He finished with 11 goals and 29 points in 81 games with a minus-11 rating. A six-time 20-goal scorer with two 30-goal seasons under his belt, Eriksson said he's been placed in a more defensive role under Green, limiting his ability to produce offensively.

"Last two seasons I have played less and in a defensive role," Eriksson said, via Google Translate. "I also cannot make the same points as [I did] before if I do not play so much in the roles I had before. In this way, it is not really possible to compare, but I must do my best and fight on."

"Of course it is boring for that part," he added of the defensive role with decreased ice time.

The 33-year-old has three seasons remaining on six-year contract he signed with the Canucks as a free agent in 2016. Eriksson, who carries a team-high $6 million cap hit, said he's ignoring speculation that he could be bought out this off-season.

"People can say what they want and it can spread quite quickly," Eriksson said. "As it looks now, I will play in Vancouver next season as well, but you never know what can happen. We'll see what happens after the summer."

Eriksson will play for Sweden at the world hockey championship next week for the first time since 2015.