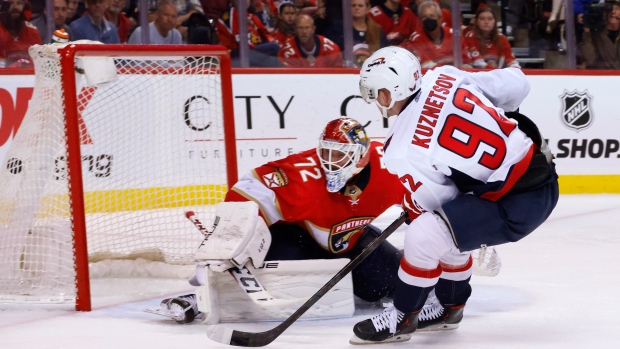 It was announced that both Evgeny Kuznetsov of the Washington Capitals and Jamie Benn of the Dallas Stars were fined $5,000 for their respective incidents from Saturday's Stanley Cup Playoff slate. Each penalty is the maximum allowable under the collective bargaining agreement.

Washington’s Evgeny Kuznetsov has been fined $5,000, the maximum allowable under the CBA, for High-sticking Florida’s Noel Acciari.

Dallas’ Jamie Benn has been fined $5,000, the maximum allowable under the CBA, for High-sticking Calgary’s Andrew Mangiapane.

Kuznetsov got tangled up with Florida Panthers forward Noel Acciari after a whistle and clipped Acciari's chin with his stick blade. He was not assessed a penalty on the play as the Caps went on to win Game 3 6-1 to take a 2-1 series lead.

Benn delivered his high stick on Calgary Flames forward Andrew Mangiapane in the second period of Dallas' 4-2 victory Saturday night that put them up 2-1 in the series. He too was not penalized for the infraction.

Each will play Game 4 in their series Monday evening.