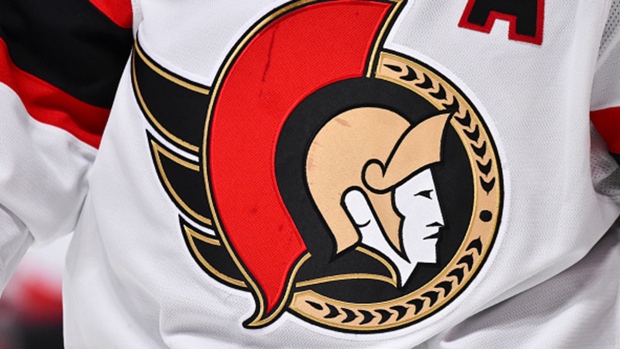 James Duthie: The Ottawa Senators have been off all week, following that COVID outbreak. Are they close to being ready to play again?

Chris Johnston: They’re certainly getting there. As of Thursday night it did remain that their practice facility was closed, no one was able to get in there to skate. But the exception is that Monday’s game in Denver, which would be the first after the three that were rescheduled, was going to go ahead. And so, this has been a tough situation for the team. Obviously, they had as many as 10 players in protocol at one time, plus associate coach Jack Capuano. But the feeling now is that they’ve gone four days without any positives that they are headed in the right direction. I’d expect within a day or two that we’ll get firm clarity on that end.

Pierre LeBrun: Right, he must have that Russell Wilson-magic in him in terms of a speedy recovery. Drew Doughty, when he got hurt in late October, the team announced he’d be out for eight weeks.  Well, it turns out he’s been skating alone of late and is expected to join the group in a non-contact jersey as early as Friday. Which is tremendous news for the L.A. Kings but of course Team Canada’s Olympic management group watching very closely as well, Doughty has a very good chance to make that team. He was off to a great start before the injury in October. So, good news there for the Kings if all things progress well for Doughty.

Duthie: New York Rangers off to a good start at 10-3-3 heading into their game against the Toronto Maple Leafs and because of that looking to bolster their roster?

Darren Dreger: Yeah partly, no question about that. The Rangers have been in the market for a forward for quite some time. And I think it’s been amplified by the fact they lost Sammy Blais for the remainder of the season earlier this week, So, Chris Drury, the general manager for the New York Rangers, is looking for a middle-six forward, which isn’t a term we use often in hockey. That can be a third-line player or someone who can punch into the top six. But U.S. Thanksgiving normally nudges the trade market a little, so there’s nothing on the front burner but definitely Rangers are on the hunt.

LeBrun: One team not looking to hit the market looking for forwards is the Florida Panthers, despite losing their superstar No.1 centre Sasha Barkov. We all saw the hit, knee-on-knee, a couple nights ago. But they believe they have the depth to get through this while Barkov is out. Now, part of the reason they don’t need to go out and get help is the injury isn’t as bad as when you might have looked at that hit. I’m told he’s going to be out three-to-four weeks with a mild sprain. So again, probably avoiding what could have been a catastrophe for Sasha Barkov.

Duthie: We’re closing in on two months since that game in Ukraine when Andrei Denyskin made that disgusting racial gesture. We didn’t like that suspension from the league, but the IIHF is still pondering something longer?

Dreger: They are. They’re firstly reviewing a discipline case that will see Denyskin parked on the side for international events, for an undetermined length of time, that could be imposed by the IIHF. But the IIHF is also working under a recommendation that strongly encourages all federations, under the guidance of the IIHF, to provide a much higher maximum punishment. So, more than the 13 games the Ukraine federation delivered to Andrei Denyskin.

Duthie: Jalen Smereck was of course an Arizona Coyotes prospect, there’s a team that is 2-13-1 to start the season, and going to be kicked out of their home in Glendale, without a new arena being built, so what’s going to happen next season and beyond?

Johnston: Well, they’re still working on that. But I can say with certainty that they’re confident they will be in Arizona next season and beyond. On the front burner is trying to get an arena project, a permanent arena built in Tempe, Arizona. That’s going to take a few years, so the Coyotes have to be creative. And among the things they have considered for future temporary homes is Chase Field, home of the Arizona Diamondbacks, it’s a domed stadium that [is] in downtown Phoenix, they feel they can put an ice surface in there and play. And there is a precedent for this, many years ago the Tampa Bay Lightning did this while they were getting their own permanent rink built.