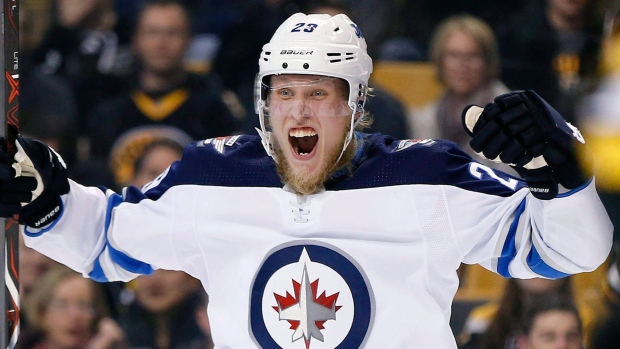 TSN Hockey Insiders Bob McKenzie, Pierre LeBrun and Darren Dreger joined host James Duthie to discuss the newest OHL prospect that is trending towards exceptional status, the Hurricanes and Penguins' goaltending situations, the latest on Tom Wilson and Austin Watson's suspension appeals, and the big deal that no one seems to be talking about - Patrik Laine's contract situation.

Will talented 14-year-old Shane Wright of the Don Mills Flyers become the latest player to apply for exceptional status in order to play in the OHL early?

Dreger: Wright plays for the 2003 minor midget Don Mills Flyers in Toronto. He is a 2004 birth year, and he doesn't turn 15 until January. Some people believe that he is absolutely going to apply for exceptional status, but he and his family haven't officially made that determination just yet. He is a terrific talent, obviously, but there is a process that you have to go through. He has until Dec. 1 to determine whether or not he is going to officially apply. Once he does that, then it goes into the hands of a combined panel of OHL officials and Hockey Canada officials. They'll go through an interview process, which I'm told is pretty extensive. They need to make sure that he is both mentally and physically capable of playing in the OHL as a 15-year-old. The entire process could take until March 1.

After a strong season debut, could goaltender Curtis McElhinney become the 'guy' in Carolina? 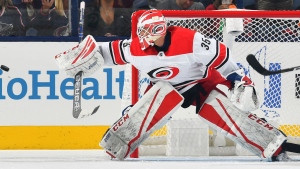 LeBrun: That's still to be determined, but when he was claimed by Carolina, a lot of people said 'well, they'll just put him back on waivers when Scott Darling is healthy again.' I'm not so sure about that. The Hurricanes really like McElhinney; in fact, I'm not so sure that they wouldn't have put in a claim for him even if they didn't have an injury to Darling. This is a goalie that they had looked at for a while, and wondered if the Maple Leafs would make him available at the end of training camp. So, No. 1, Could they carrry three goalies for a while? Yes, I'm told that they have the roster space to do that, and they may want to take their time to determine who in fact will be the 'guy' in goal moving forward.

Could Pittsburgh seek external help in net with Matt Murray dinged up? 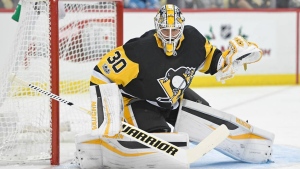 McKenzie: In Pittsburgh, we know who is not the No.1 'guy' in net right now and that, of course, would be veteran Matt Murray. Bad news for the Penguins, it was announced today that he suffered a concussion. He got dinged up at practice yesterday, so there's no telling how long he'll be out. The Pens are optimistic that it may not be too long, but in the meantime, the Pens will not be looking externally for any help. Casey DeSmith is scheduled to be the starter against the Vegas Golden Knights on Thursday night. Tristan Jarry is coming back off of injury. DeSmith is ready to play, but for the foreseeable future as long as Murray is out of the lineup, it's expected to be DeSmith and Jarry.

When will Patrik Laine and Winnipeg work out a new lucrative deal? 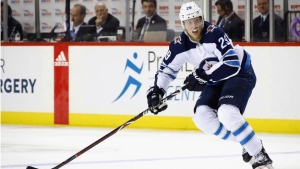 LeBrun: It's interesting, we've talked a lot about Auston Matthews but Laine, of course, was taken right after him and we haven't heard as much about the 20-year-old Finn's situation. I think that's on purpose, as neither Laine nor the Jets want to make this a big story during the year, but the fact is that Laine has not signed an extension. I think part of that is that the Laine camp and his advisers believe that there is no hurry. This is a big year for Laine and his team. They want the focus to be on the Jets trying to win a Cup, on this being a special year on the ice and the off the ice part can wait. That doesn't stop Winnipeg from making an offer and maybe having this getting done during the year. The Laine camp has not cut off communications at all and everything is healthy, but there is no hurry from his perspective.

What's the latest on the suspension appeals of Washington's Tom Wilson and Nashville's Austin Watson?

McKenzie: The official appeal of Wilson's suspension went from the NHLPA to the NHL on Friday. A date still hasn't been set for the appeal that first goes to league commissioner Gary Bettman. It is expected to be next week sometime. And as for Watson, who was convicted in the summer of misdemeanor domestic assault and was suspended 27 games by the league, a week ago last Wednesday he had his independent arbitrator hearing. The expectation was the judgment or the ruling would come down this week, but now it's looking like it's more likely to fall next week.