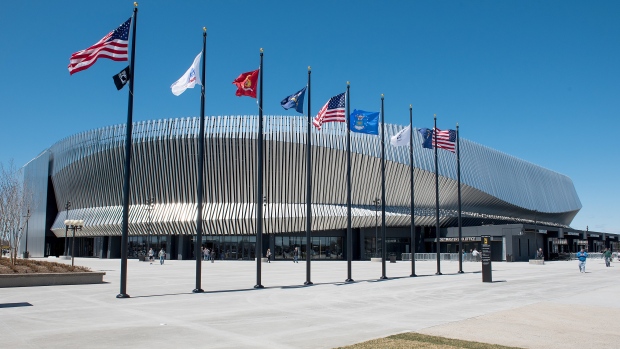 The Islanders played the last three seasons at Barclays Center in Brooklyn, but it was not a popular move with their fans and the arena is more suited for basketball than hockey. They are building a new arena at Belmont Park, but will split their home games next season between Brooklyn and Uniondale.

Previously set to play 12 games at the revamped Coliseum, they now will have 20 in the 2018-19 season. The Belmont arena is scheduled to open in 2021.

Gov. Andrew Cuomo made the announcement Thursday about the added games at the Coliseum, saying: "We're bringing the Islanders home to Long Island and to the fans who have supported their team for decades. Until the grand opening of their new state-of-the-art arena at Belmont Park, the Islanders will reunite with their fans at Nassau Coliseum and build momentum for a long-awaited homecoming."