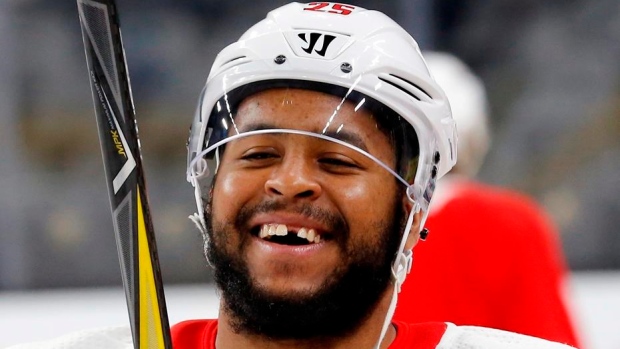 Anaheim Ducks forward Patrick Eaves, Michael Leighton (Canucks), and Thomas McCollum (Predators) are now all eligible to be assigned to the AHL after clearing waivers on Wednesday.

Smith-Pelly is a pending unrestricted free agent and carries a $1 million cap hit. The 26-year-old four goals and eight points in 54 games this season. According to reports, he was benched in the preseason due to conditioning.

Haley, 32, rejoins the Sharks after spending the past one and a half seasons with the Panthers. He has one goal and three points in 24 games this season with a minus-2 rating.

Eaves, 34, was the highest-profile player to clear on Wednesday, he is signed through next season at $3.15 million cap hit. He has not registered a point in seven games with the Ducks this season.