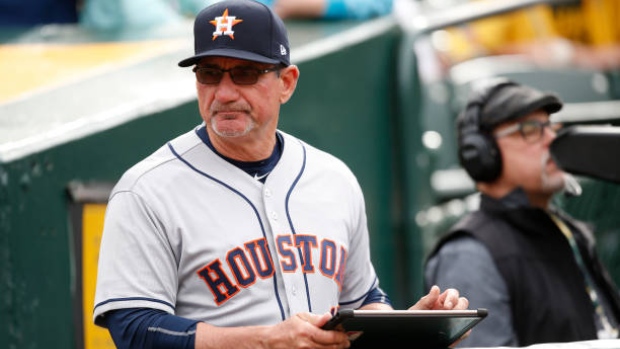 TORONTO — The Toronto Blue Jays have hired a new bench coach, naming Dave Hudgens to the position on Wednesday.

"Dave Hudgens brings an exceptional coaching background to our organization, including a wealth of experience and the ability to combine his baseball knowledge with a forward-thinking approach to help our team," said Blue Jays GM Ross Atkins. "He's a consummate learner and teacher at heart and he comes highly recommended by his peers."

Hudgens began his coaching career in 1985 when he managed rookie-level Pocatello in the Pioneer League. He also managed within Oakland's system before joining Houston as a roving hitting instructor from 1989 to 1995.

Hudgens returned to Oakland for the next 10 seasons in a variety of roles, then joined the Cleveland Indians as the field coordinator from 2006 to 2010.

New manager Charlie Montoyo, who replaces John Gibbons, said in his introductory press conference last week that putting a coaching staff in place would be his first order of business.