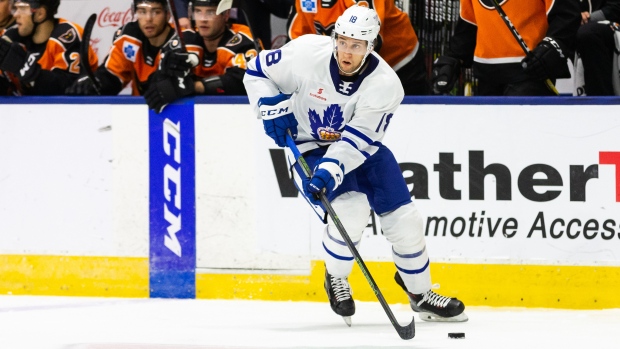 The Toronto Maple Leafs have traded forward Morgan Klimchuk to the Ottawa Senators in exchange for forward Gabriel Gagne.

Both players have spent the season to date in the American Hockey League.

Klimchuk, 23, was acquired by the Maple Leafs earlier this season from the Calgary Flames for defenceman Andrew Nielsen. He has five goals and 10 points in 30 games between the Stockton Heat and Toronto Marlies of the AHL this season.

The 2013 first-round pick of the Flames appeared in his first career NHL game last season with Calgary and failed to record a point.

Gagne, 22, has four goals and nine points in 33 games with the Belleville Senators this season. He was selected in the second round - 36th overall - of the 2015 NHL Draft.

Both players are scheduled to become restricted free agents this summer.