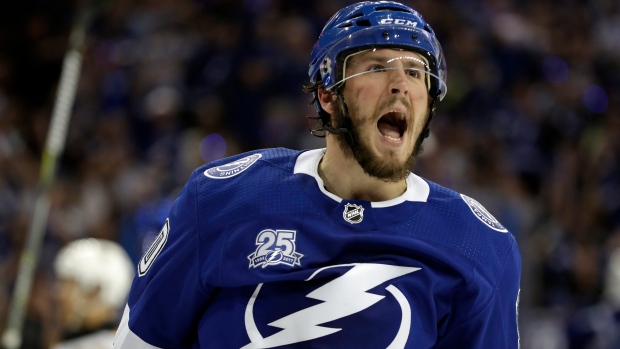 Miller skated in 19 games with the Lightning last season, scoring 10 goals and posting 18 points, upon joining the team from the New York Rangers.

He had 23 goals and 58 points in 82 games between the Lightning and Rangers. Miller added two goals and eight points in 17 playoff games.

Miller is coming off a two-year contract worth $5.5 million, with an AAV of $2.75 million. He was scheduled to be restricted free agent this summer.

According to CapFriendly, Miller's contract leaves the Lightning with $5.31 million in cap space this summer with three restricted free agents - Adam Erne, Cedric Paquette and Slater Koekkoek - left to sign.

The Lightning are among the teams meeting with John Tavares this week and general manager Steve Yzerman acknowledged the team would have to fit the star centre under the cap.