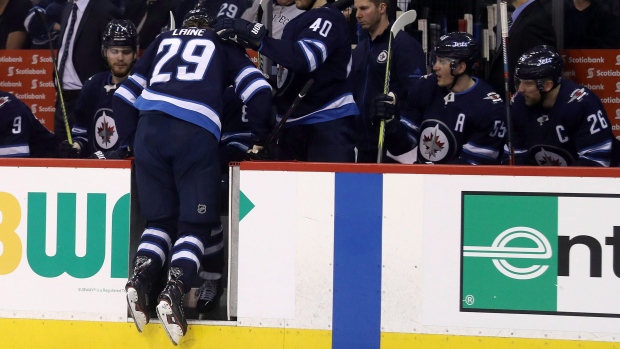 Winnipeg Jets forward Patrik Laine is expected to be OK after blocking a shot against the Los Angeles Kings on Tuesday.

TSN's Hockey Insider Darren Dreger says that Laine will be reevaluated Wednesday but the sense is he will only miss a few games, and that the injury isn't long term.

Laine did not return to Tuesday’s game against the Kings after he was injured blocking a shot from defenceman Alec Martinez in the second period.

Laine struggled to get to the bench and immediately went to the locker room on the play. The team later announced that he was out of the game with a lower-body injury.

“We think he's going to be fine," Jets head coach Paul Maurice said after the game. "We don't think it's anything long term."

The 19-year-old saw his 15-game point scoring streak come to an end as he did not register a point before leaving the action.  He is currently second in the NHL with 43 goals, trailing only Washington Capitals forward Alex Ovechkin.