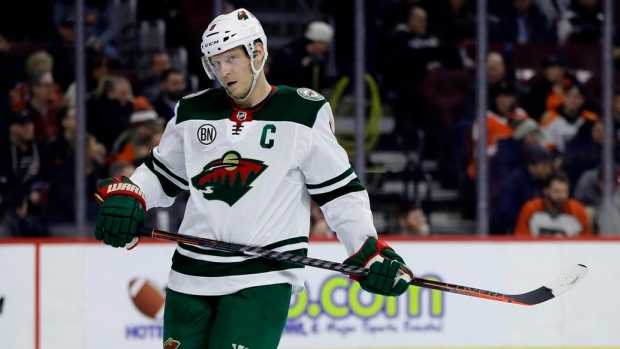 ST. PAUL, Minn. — Mikko Koivu's extraordinary career with the Minnesota Wild is over.

General manager Bill Guerin said Friday the team will not resign the 37-year-old Finn, whose contract is expiring.

Koivu is the only full-time captain the club has had — he was appointed in 2009 after the role was rotated monthly over the first nine years of the franchise. He is the all-time Wild leader in games, assists, points and several other categories,

Koivu returned from reconstructive right knee surgery for a 15th season and had four goals and 17 assists in 55 games while playing mostly on the fourth line.

“His hard work, dedication and team-first mentality will be extremely difficult to replace in our lineup,' Guerin said. ”Off the ice, Mikko’s impact in the State of Hockey was immeasurable as he went out of his way to make a positive impact on so many people in our community, including his charitable contributions to Children’s Minnesota.”

Earlier this month, the Wild acquired centre Nick Bjugstad from Pittsburgh for a conditional selection in the 2021 draft. The 28-year-old Bjugstad, who has 97 goals, 110 assists and 681 hits in 439 career NHL games, will be asked to fill the role of a checking centre.

Guerin followed that move by this week trading 35-year-old veteran Eric Staal to Buffalo after he spent the last four seasons with the Wild. Speaking with reporters Friday, Staal said the makeover caught him by surprise.

“I just thought that the year would start and we’ll see how the year goes and if they wanted to move on maybe it would be a deadline-type thing,” Staal said. “So I guess that’s more along the lines of why it felt a little bit out of the blue.”

Staal, who spent the first 12 years of his NHL career with Carolina, was asked about his move to Minnesota in 2016 and what he will cherish the most.

“Well, I think coming here initially the first year it was shovelling off the pond behind my house and having an outdoor rink for my kids," said Staal, who is Canadian. "And then obviously just on-ice was awesome with the types of teams that we had here and the guys that kind of let me be me and I fit in nice and obviously found success, went to a couple All-Star Games. A lot of milestones. There’s a lot of memories that I’ll keep for a long time.

“But I think the biggest thing was just that excitement and that passion that maybe had faltered a little bit,” he said. "I got that back just shovelling the outdoor rink.”