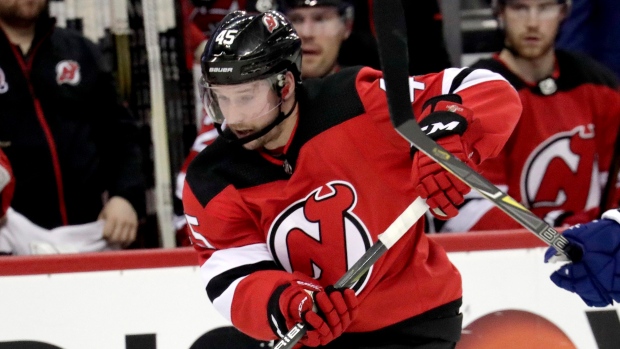 Sami Vatanen is on the move.

Hearing Sami Vatanen is headed to the Carolina Hurricanes

The New Jersey Devils have traded the defenceman to the Carolina Hurricanes according to TSN Hockey Insider Pierre LeBrun.

NJD will be getting a prospect and a pick for Vatanen.

Bob McKenzie adds the Devils will be receiving a prospect and a pick in return for Vatanen.

The draft pick in the Vatanen trade is conditional on his health and how much he plays. Vatanen has been out the last three or four weeks with a leg injury.

The draft pick in the deal is conditional on Vatanen's health and how much he plays, McKenzie adds. Vatanen has been out for the last little while with a leg injury.

Vatanen has five goals and 18 points in 47 games with the Devils this season.

Vatanen signed a four-year contract extension with the Ducks in June 2016. The deal carries a $4.875 million annual salary cap hit and is set to expire at season’s end, making the Finn an unrestricted free agent.

He has 194 points in 434 games played across his nine-season career.