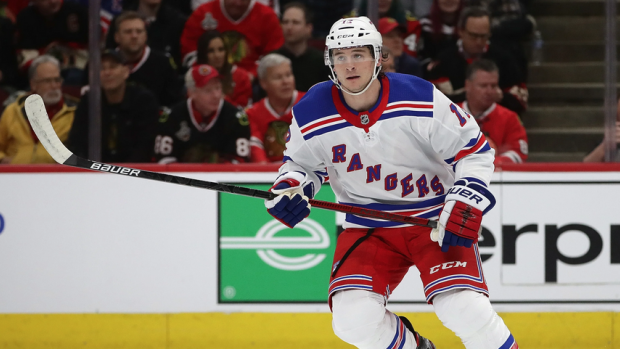 The New York Rangers announced the re-signing of forward Julien Gauthier to a one-year deal on Friday.

Terms were not disclosed. Gauthier, 23, was set to become a restricted free agent.

Originally taken with the 21st overall selection of the 2016 NHL Entry Draft by the Carolina Hurricanes out of the Quebec Major Junior Hockey League's Val d'Or Foreurs, Gauthier was acquired by the Rangers in February of 2020 for defenceman Joey Keane.

In 47 games over two seasons with the Hurricanes and Rangers, Gauthier has two goals and nine assists.

Internationally, Gauthier was a member of Canada's silver medal-winning entry at the 2017 IIHF World Junior Hockey Championships in Montreal and Toronto.