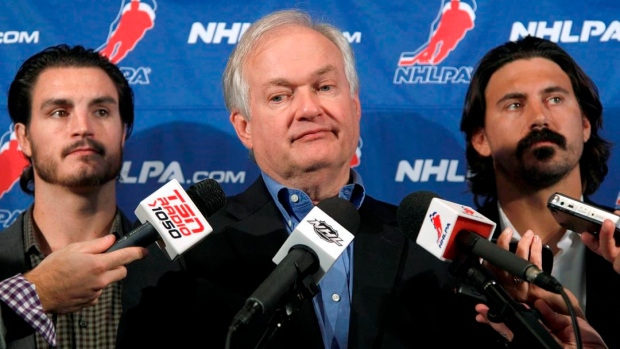 The NHL Players' Association is considering opening an independent investigation into how it handled allegations of sexual assault brought forward by a Chicago Blackhawks prospect against a former assistant coach in 2010.

The NHLPA released a statement Monday saying executive director Donald Fehr has recommended an investigation be conducted by outside legal counsel to review how the union responded to "the Kyle Beach matter."

The statement says the 32-member executive board is voting on the issue, though no timeline for the vote was released.

Beach is the player at the centre of allegations against former Blackhawks video coach Brad Aldrich.

A report released by the NHL last week showed Fehr was contacted twice about allegations connected to Aldrich, including by a Beach confidant, but Fehr told investigators he couldn't recall either conversation.

Fehr said in a statement that there was "no doubt" the system had failed Beach and "we are part of that system."

This report by The Canadian Press was first published Nov. 1, 2021.