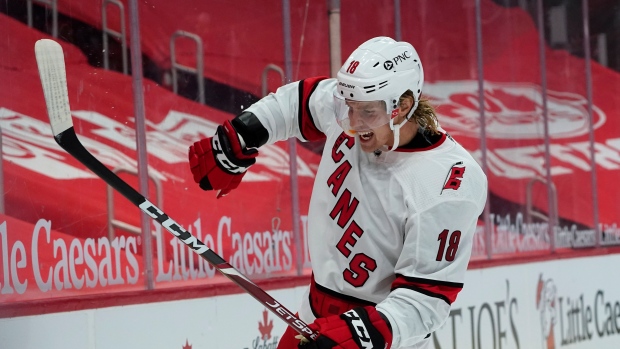 OTTAWA — The Ottawa Senators acquired forward Ryan Dzingel from the Carolina Hurricanes on Saturday in exchange for forwards Alex Galchenyuk and Cedric Paquette.

Dzingel, who was drafted by the Senators in the seventh round of the 2011 NHL Entry Draft, had four points (2-2) in 11 games with the Hurricanes this season.

Galchenyuk scored one goal in eight games for the Senators this season while Paquette had one goal in nine games.

"Cedric is a strong, physical forward who won the Stanley Cup with Tampa Bay last season," Hurricanes general manager Don Waddell said in a release. "We're excited to add both of these players to our forward group."

Dzingel will have to quarantine for 14 days before he can play for Ottawa.

This report by The Canadian Press was first published Feb. 13, 2021.