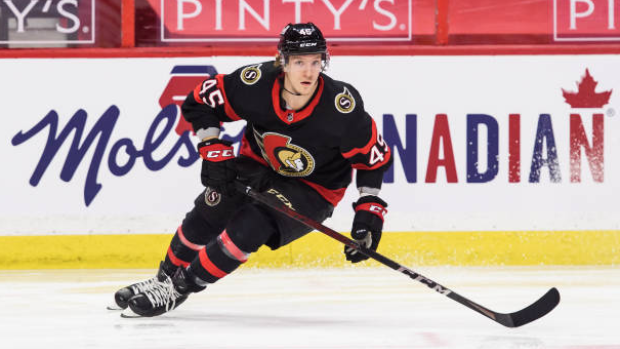 Kelly, 22, appeared in one game with the Senators last season, scoring a goal in his NHL debut. He had 10 goals and 18 points in 33 games with the AHL's Belleville Senators.

"Parker has long been a consistently tenacious player for us," said Senators general manager Pierre Dorion. "He's competitive, hard-nosed, an efficient penalty killer and someone we can rely on to provide us with an energetic and determined effort every game."

Kelly first joined the Senators as an undrafted free agent in 2017.