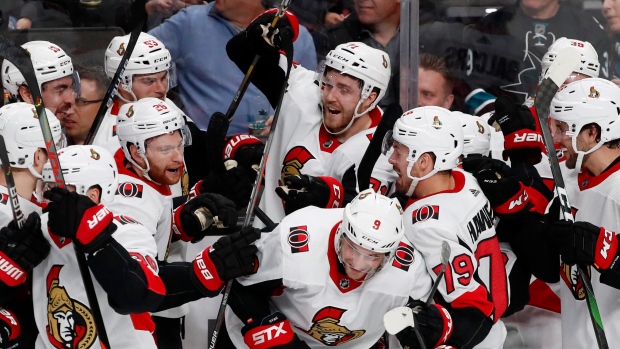 The contract holds an average annual value of $3.5 million for Tierney, who was scheduled to have an arbitration hearing with the team on Nov. 8.

News Release: The #Sens have announced the signing of forward Chris Tierney to a two-year contract: https://t.co/stVYDyAyTS pic.twitter.com/bEFQobGSZL

The 26-year-old forward scored 11 goals and posted 37 points in 71 games with the Senators this past season, his second with the team after being acquired from the San Jose Sharks.

"We're pleased to reach an agreement with Chris that will see him under contract here for multiple seasons," said Senators general manager Pierre Dorion. "He's a reliable veteran who has very good hockey sense and who is consistently among our best centres in faceoff success rate. That he's accumulated significant NHL experience in a short period of time is also of considerable importance to our lineup."