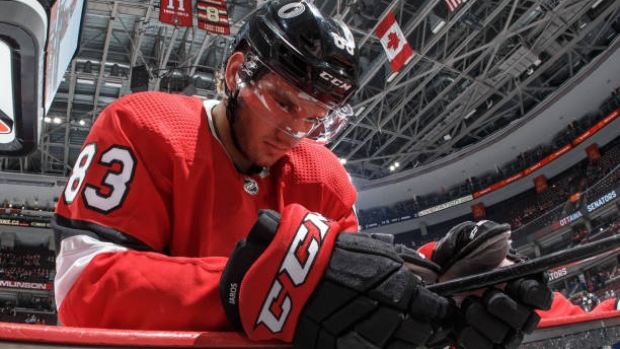 In an early season trade, the Ottawa Senators have traded defenceman Christian Jaros to the San Jose Sharks in exchange for forward Jack Kopacka and a seventh-round pick in 2022.

Kopacka was acquired earlier Wednesday by the Sharks in a trade with the Anaheim Ducks in exchange for defenceman Trevor Carrick.

"Christian is a big right-shot defenceman who plays a physical game," Sharks general manager Doug Wilson said. "He is a young player with 76 games of NHL experience so far and has the ability to grow his game."

Jaros, 24, appeared in 13 games for the Sens last season, notching three assists. He was a fifth-round pick in 2015.

Kopacka, 22, was a fourth-round selection in 2016 by the Ducks out of the Ontario Hockey League's Sault Ste. Marie Greyhounds. He split last season between the American Hockey League and ECHL.