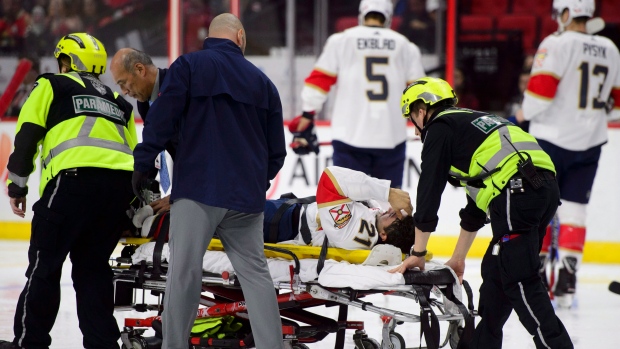 Florida Panthers centre Vincent Trocheck will undergo surgery on his right leg Tuesday, one day after being stretchered off the ice in Ottawa.

TSN Hockey Insider Darren Dreger reports Trocheck will be out long-term after the surgery, which will repair "significant damge" to his leg.

Trocheck fell awkwardly while fighting for a puck along the boards late in the first period against the Senators Monday night. He remained on the ice for several minutes while doctors tended to his right leg.

Post-game Panthers head coach Bob Boughner didn't say what the exact injury was but said it was serious.

The 25-year-old has three goals and 14 points in 18 games this season.